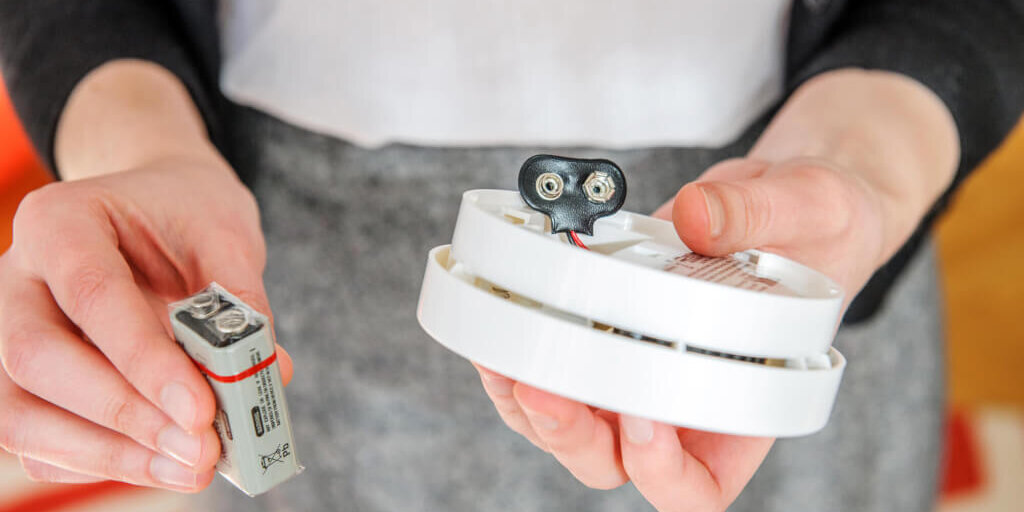 In the unfortunate event that your home catches fire, authoritative research shows that fire alarms may not activate before smoke and heat dangerously hinder your family’s escape.

Three critical excerpts from FRNSW include:

To read a summary of the FRNSW full report, including which alarms failed to activate 40% – 100% of the time (during testing), visit Fire research report – Smoke Alarms in Homes: An Analysis.

When your family’s safety is a top priority, whether you currently intend on replacing fire alarms (or not), this guide can help you.

To ensure your smoke alarms are effective, keep reading.

The Fire and Rescue report highlights that modern homes pose a significantly higher during a fire than structures built before 1970 – the reason being the increased use of synthetic, petroleum-based furnishings, carpets and building materials.

Synthetic materials are known to burn hotter, faster, and exponentially more toxicity, and therefore significantly reduce the amount of time people have to safely escape (tenable conditions) in terms of visibility and heat.

Visibility: the escape path should maintain a layer of at least 2.5m above floor level or minimum visibility of 10m through smoke so that people can see and reach exits without undue hindrance.

Heat: the smoke layer temperature should not exceed 200 degrees. Once above 200 degrees escape below, such hot smoke is deemed untenable. 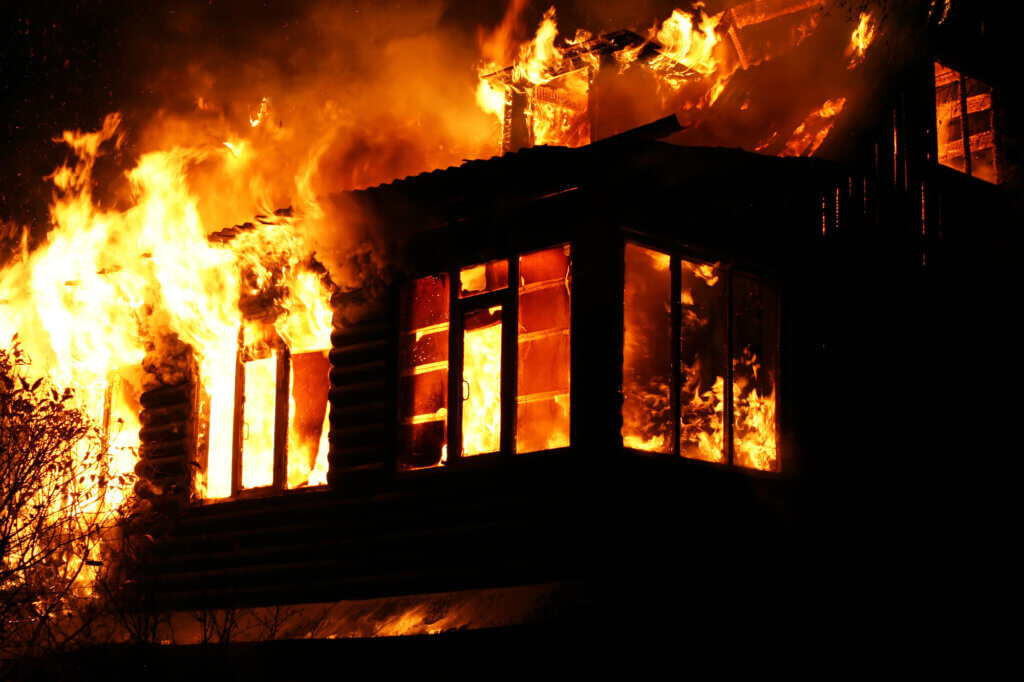 How to Protect Your Family & Home

Given the sobering evidence from a state fire authority, you may now be wondering what exactly you can and should do to ensure you and your family can safely escape a fire at home? We prepared this guide to help:-

The fire alarm can be triggered when:

Light obscuring sensors work on the principle that smoke particles crossing the path of light sent from a transmitter will obscure light from entering the receiver (sensor). At a certain threshold, the fire alarm will trigger.

In light scattering detectors, the light source transmitted within the detector does not typically fall on the photodiode sensor. In a fire, smoke enters the detector and scatters the light reflecting light onto the sensor, triggering the fire alarm.

The danger of smouldering fires is both their ability to suddenly transition to flaming fires and the toxicity level of accumulated smoke. Remember, the threat of fire is not only flames; smoke inhalation also kills. In an example provided by the FRNSW report – a cigarette fallen on a cotton mattress transitioned to a flaming fire within 90 minutes (in two out of five tests), by which time CO had already reached lethal levels. 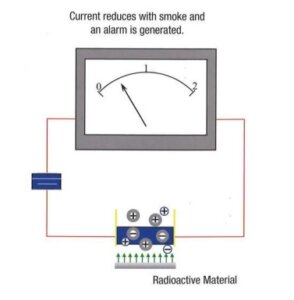 Ionisation smoke alarms use radioactive – Americium-241 – to ionise the air between charged electrodes. The warning is activated when smoke particles limit the movement of air within the chamber.

This type of alarm is designed to respond to small, invisible particles (less than 1 micron in size (0.001mm)) as typically produced during flaming fires.

Flaming fires with visible flames produce much higher quantities of “invisible” particles due to complete combustion. Producing heat upwards of 1500 degrees Celsius – which may be reached in as little as 90 seconds – flaming fires can “Flashover” due to radiant heat transfer and set alight all surrounding combustible surfaces.

Homeowners and residential landlords are responsible for ensuring a working smoke alarm is installed in all South Australian homes. The type of alarm required is determined by either the age of your home or purchase date.

Home build since built on or after 1 January 1995 are required under The Building Code of Australia to install a 240 volt, mains powered smoke alarm/s.

In contrast to the minimum requirements for the placement and installation of smoke alarms that regulates installation in NSW here in SA, the government’s guidance is simply that “smoke alarms should be installed in a convenient location to give occupants reasonable warning when they are asleep.” 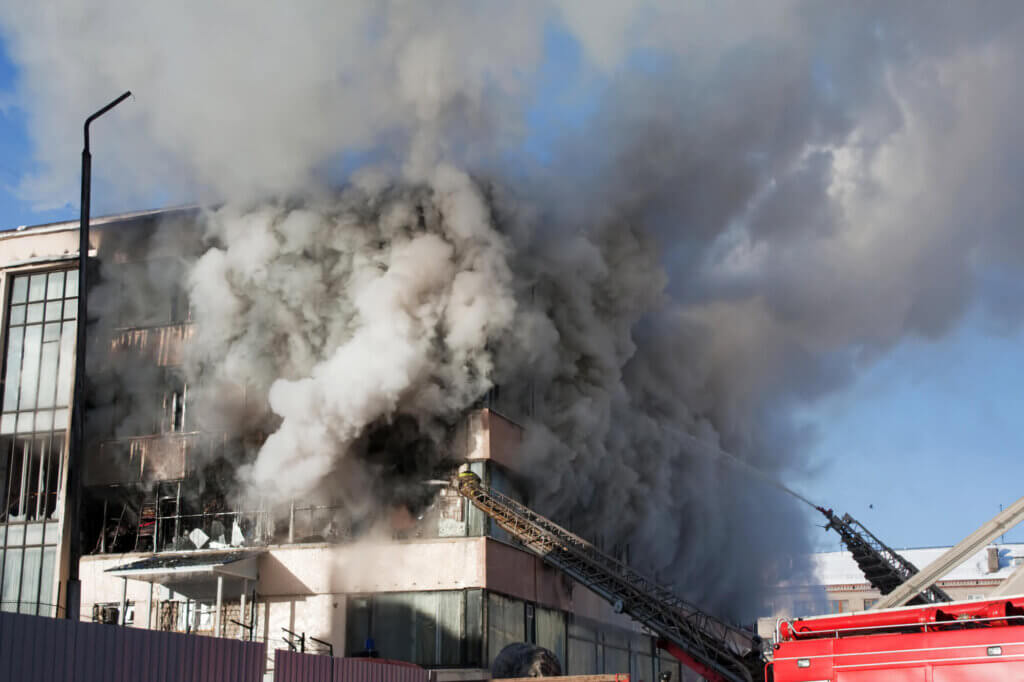 Where to Install Smoke Alarms in Your Home

Our advice is rather than adhere to the minimum legal requirements; it is worth investing in replacing older smoke alarms and having them installed in additional spaces in your home. Although more expensive, this is a simple means to ensure the safety of your family and home.

Best practice guidelines indicate that your safest bet is to have interconnected alarms in every living space (including hallways and stairways), bedroom and even the garage of your home.

A quick google of “smoke alarm” shows that you can purchase a 10-year photoelectric smoke alarm for as little as $15. Available from most major hardware supply stores or supermarkets, your safest bet is always to avoid low-quality detectors. As a minimum, purchase a smoke detector and fire alarms with standard 10-year battery life and the ability to test both the battery and alarm. It may also be worth paying for alarms with: –

When it comes to smoke detectors and fires, value is much more than the cost of supply and installation. We highly recommend you talk to a licensed smoke alarm installer like your local electrician before installing alarms yourself. Experts who work with alarms every week can also provide sound advice on your price and quality options.

A false fire alarm can lead to complacency during alarms, the danger being your family may not respond as quickly as needed in the case of a genuine warning. You can reduce the risk from everyday causes of false alarms with simple common sense.

For expert advice on purchasing and installing the safest smoke alarms for your home call the team at Precise Services today. Our licensed and qualified electricians will be happy to share their knowledge of smoke detectors and fire alarms and the best options to protect your family during a fire emergency.